Custom text stickers. Have you got a favourite phrase or quote? We can create wall art quotes just for you! Including personalized name designs too! 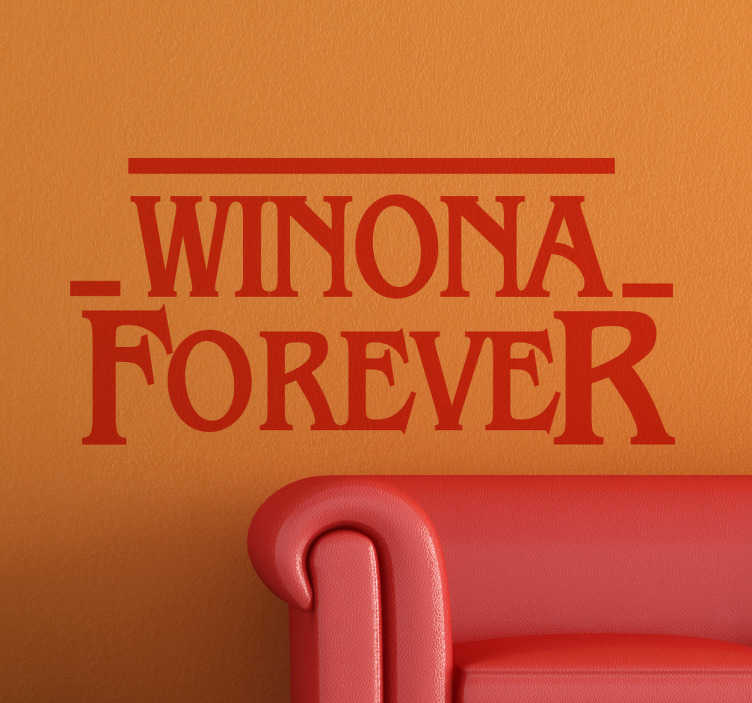 A humorous sticker commemorating one of the most iconic moments of the 90´s - Johnny Depp´s infamous ´Winona Forever´ tattoo, stylised as the ´Stranger Things´logo in homage to Winona Ryder´s role in it. Eyebrows were raised in the early 90´s when the tattoo was revealed, and in 1993 when the two split, it became infamous. The tattoo was quickly changed, however the phrase still remains an important part of popular culture.

Available in a variety of colours and sizes. Like all of our decals, it is easy to apply and extremely long-lasting. Made using bubble-proof material and leaves no damage on a wall when removed.

Get your custom stickers with your images or personal text using the exclusive services offered through our website.

Designer At Your Service